Hassan Sattar (Persian: ستار‎, born 19 November 1949), also known simply as Sattar, is an Iranian singer with specialization in both Persian pop and classical music. He had gained fame before the Islamic Revolution and became Pahlavi Royal Family court singer up until the political upheavals of the late 1970s. He left Iran in 1978 and has taken residence in the United States since then.[1] 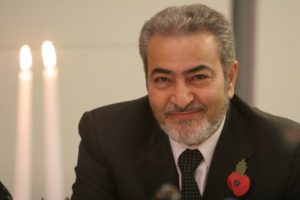 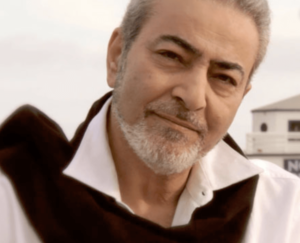 Sattar is one of six siblings born to an Abadani mother and Azeri father. His fame began at the age of 22 with the release of the theme song “Khaneh Bedush” for Morad Barghi, a popular television show in Iran. The show made him an instant star. His next hit came with the TV series Ghesseye Eshq made by Mansour Poormand. His signature song is “Hamsafar”. With over 40 years of fame, Sattar has over 70 hits which includes the internationally known song “Gol-e Sangam“.

Sattar has recorded over 350 songs and is among very few Persian singers who in addition to diverse sound of Pop, performs both Persian traditional and classical music professionally. Sattar has also recorded a number of cover songs in English such as “Feelings”, “A time for us”, “Speak softly, Love” and “I Believe”.

Sattar is an award-winning vocalist, who won two Golden Lioness Awards from The world Academy of Arts, Literature and Media – WAALM in 2005. He also received a Doctorate Honoris Causa in Music from IFSI Institute in London in 2004.