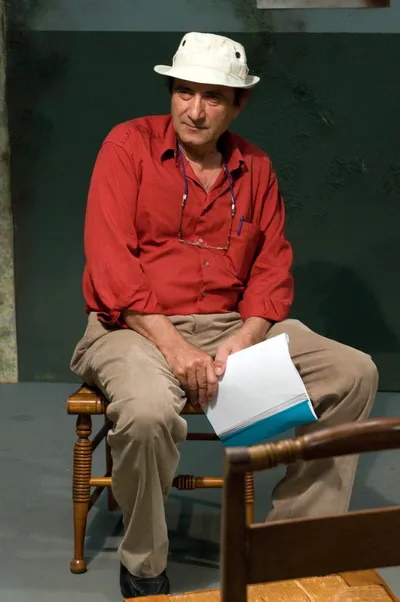 Ben-Hur Sepehr, an experienced filmmaker and stage director, studied under Ingmar Bergman and Frank Sundstrom in Sweden. His very first project, a short film titled, A Journey to Finland, earned him an Award of Excellence. He then co-wrote and produced plays at the Gamla Stan Theater of Arts in the old section of Stockholm, before working at the prestigious Stockholm State Theater and  Stockholm Dramaten Theater in various capacities, including Lighting Assistant,  Assistant Stage Decorator, Assistant Stage Master, and Assistant Director, where he worked with numerous Scandinavian theatrical and cinematic icons, including Frank Sundstrom, Ingmar Bergman, Tage Danielson, and Liv Ullman.

In Sweden, Ben-Hur was honored to meet with Dr. Martin Luther King Jr. They discussed the racial and religious prejudices each had grown up with. Dr. King’s parting words to young Ben to never forget God in all his endeavors have had a lifelong and profound impact on him, and have been the driving force behind all his works, especially The Desperate, The Coin, Return to Destiny, and Prophecy. They also inspired him to form a non-profit organization called “Tolerance Through Knowledge,” to use the arts and entertainment to instigate and promote positive cultural shifts and movements in mindsets such as discrimination and prejudice.

In Iran, Ben-Hur became filmmaker for the Shah, for whom he documented major ceremonies plus meetings with world leaders, and traveled through- out the Middle East to make documentaries. He also produced and directed a variety of stage productions for the Iran-America Society while working on numerous Iranian film and TV projects as a writer, director, and producer.

Ben-Hur’s most recent work is a short film, titled The Desperate, which he wrote, produced, and directed. Based on a true story about a profound event one night in a World War II German Concentration Camp, it won 67 awards, and over 100 nominations from top film festivals all over the world, including Cannes, Hollywood, and Levante International (in Bari, Italy) where they called it a “Masterpiece” and titled Ben-Hur a “Maestro