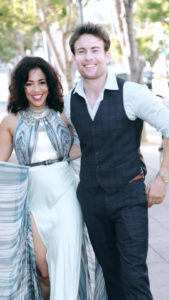 Actor, Producer and Director Richard Ryan established Ox Films in 2008. Richard was inspired to start Ox Films as a way to create stories, then to produce, market, and distribute films under a company. Richard also wanted to create opportunities for others. Mr. Ryan feels as if he is doing what he has always done since he was a little kid, which is creating and team building. Richard believes everyone has the ability to create and to be great, but with dedication, focus, and willingness to learn, and allowing self improvement every step of the way the possibilities are endless. Ryan says, “the constant education and opportunities we have to be creative and too collaborate with so many brilliant people is very exciting and inspiring”.  Ox Films is currently developing new movies.  Ox Films has produced three feature films and 14 short movies.  Ox Films is now in pre-production of their next feature film.

“Art of Deception,” is a live-action motion feature film Starring Richard Ryan, Jackie Nova, and Leon Van Waas.  After the films Los Angeles theatrical premiere, “Art of Deception” has sold to 10 territories through out Asia, Europe, and South America.  It will have a nation wide US movie release on October 8, 2019.

“Art of Deception” was lead by producers Richard Ryan and Jackie Nova and directed by Richard Ryan.  Other major keys to the success of “Art of Deception” is Director of Photography Vishal Solanki, and sound designer and re- recording mixer, Emmy Award-winning Patrick Giraudi.  Italian native award-winning composer,  Simone Cilio, created the magnificent score that added to the romanticized and riveting action and suspense.  Egypt’s Visual Effects Artist Mohamed Shawaf and colorist Michael Halper also contributed in a major way to help bring more color, life and pizazz into the life of “Art of Deception.”