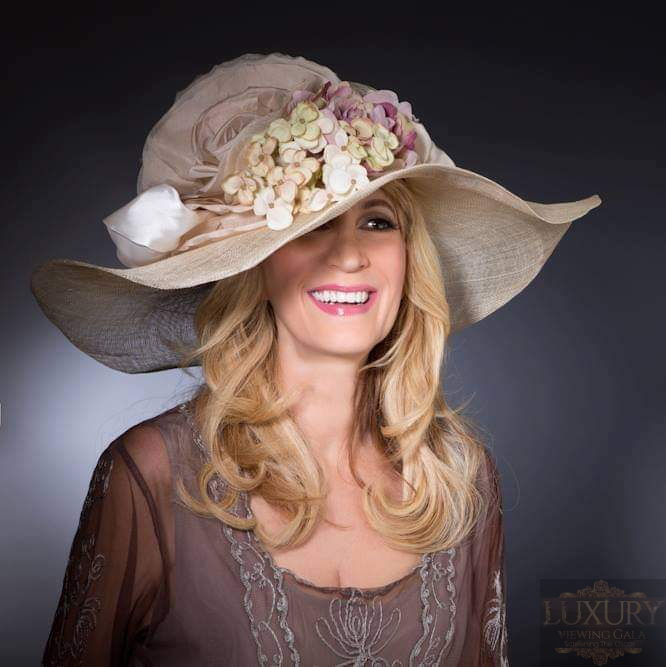 Louisa Voisine is an internationally renowned milliner (Ladies Hat Designer) and founder of the Louisa Voisine Chapeau Court. A student of  Queen Elizabeth II’s Royal Family milliners, her designs range from glamorous chapeaus to Downton Abbey-style cloche felts to feathery fascinators.
“There’s a hat for every lady,” says Louisa. “The right hat will frame her face perfectly, accentuate her beauty, and most importantly, make her feel fabulous.”

After studying business and fashion design in Boston, Louisa immediately began designing costumes for the television and film industry in Hollywood. She was even named Director of Banana Republic’s Studio Services division. Eventually her passion led her to Europe where she focused on
millinery. After being selected to study with the Queen’s milliners, she realized hat-making wasn’t just a passion but a calling.

Louisa’s exclusive designs have been featured at the Emmy Awards, London Hat Week and British Royal Museums. She’s been a first-place winner at the Kentucky Derby and Del Mar opening day. Her work is also showcased annually at the New Orleans’ famous French Quarter Easter
Parade. Louisa’s philanthropic spirit may be as celebrated as her designs. In Las Vegas she has partnered with numerous non-profit groups promoting arts and education. Beneficiaries have including organizations such as, the Make a Wish Foundation and PBS, with events being held at venues like
Caesar’s Palace, the Four Seasons and Paris, Las Vegas.